Although the Canadian government has invested heavily and committed to strengthening fisheries science, it has fallen short in collecting a better picture of the health status of wild fish populations. This is reflected by persistent knowledge gaps in science indicators over the past six years.

There are other issues as well. The percentage of stocks with a recent stock assessment declined over the past year. No progress was made in defining reference points, leaving more than a quarter of stocks in the critical and cautious zones without upper stock references (USRs). Although there was a slight increase in the number of stocks with estimates of natural mortality rates, the overall percentage remains low. And because most fishing mortality estimates fail to consider all sources — including bait and recreational fisheries — managers are not fully accounting for all removals.

Purpose: Allow scientists to make robust estimates of how many fish are in the water and assign stock heath status

Purpose: Help managers make decisions based on recent estimates (i.e., within the last five years) of how many fish are in the water.

Purpose: Allow managers to assess whether a stock is in healthy, cautious or critical condition, set appropriate harvest levels and gauge the success of management measures.

An upper stock reference (USR) identifies the boundary above which a fishery can be considered healthy, while a limit reference point (LRP) identifies the boundary below which it can be considered in a critical state. Ideally, corrective action should be taken before a stock reaches the limit reference point. A target reference point (TRP) refers to the desired state of a stock, based on productivity goals, broader ecological considerations and socio-economic objectives for the fishery. The TRP is often set at or above the USR.

According to the new Fisheries Act rebuilding regulations, DFO must establish LRPs for all prescribed stocks, and there are guidelines on how fisheries managers should develop them. However, the same is not true for USRs and target reference points (TRPs). To manage fisheries responsibly, DFO must prioritize establishing USRs for critical stocks and both upper and limit reference points for uncertain stocks, using the best available science.

Marine ecosystems are complex, with large, predatory fish usually eating smaller and highly abundant fish and invertebrates. For many years, Canada overfished those predatory fish, like cod and other groundfish, leading to their collapse. Since then, the country’s seafood economy has shifted to their prey.

Today, just four invertebrate groups make up most of the value of Canada’s wild-caught fisheries: lobster, crab, shrimp and scallops.‡ But the size of some of these stocks have been shrinking. When Oceana Canada published its first Fishery Audit in 2017, one invertebrate stock was critically depleted. Today, that number has grown to 11, while most forage fish stocks are also depleted.

Predator species, like cod, can’t recover if they don’t have enough prey to eat. Further, as pollution and climate change add to the pressure, it’s more urgent than ever to rebuild Canada’s forage fish and invertebrates to ensure the foundations of our marine ecosystem are as resilient as possible and can support diverse seafood economies.

New tools and resources, along with available knowledge, can be used to bridge data gaps and strengthen effective management.

Nearly 80% of Canada’s wild marine fish populations lack an estimate of fishing mortality, the rate at which fish are being harvested.

A third of stocks still lack LRPs and half lack USRs. According to the 1995 United Nations Fish Stocks Agreement, fisheries must have limit and target reference points.

33.5% of stocks don’t have sufficient data to assign them a health status.

Incremental Progress, but Room for Improvement

What gets monitored gets managed. Until we know how much of each stock is harvested as commercial catch, recreational catch, bait and bycatch, we can’t establish accurate mortality rates — and without mortality rates, we can’t make confident management decisions that support long-term healthy fisheries.

Canada’s Fishery Monitoring Policy, released in 2019, has the potential to dramatically improve the quality of stock assessments and public confidence in fisheries management. The policy is now included in the Sustainable Fisheries Framework work plan, which outlines priorities for DFO. However, it has yet to be fully implemented in any fishery.

Since last year, there have been incremental increases in the number of fisheries with full dockside monitoring as well as logbooks to report bycatch, but the levels of at-sea and electronic monitoring remain the same as 2021. The federal government needs to ensure all fisheries have sufficient monitoring to provide dependable estimates of fishing mortality from all sources — including bait and recreational.

Knowing how many fish are harvested and discarded each year is key to preventing overfishing and controlling bycatch.

Stocks with fisheries that have catch monitoring in place (%)

Canada Has the Policy Framework — Now We Need Action

In 2019, Canada amended the Fisheries Act to require rebuilding plans for depleted fish stocks. In April 2022, it released new regulations that specify the legal requirements for those rebuilding plans, including targets and timelines. It also released the first batch of stocks prescribed under the new regulations. Of the 30 included in that list, nearly half are in the critical zone. Those stocks now require a rebuilding plan to be developed or revised to meet the legal requirements within 24 months, unless the Fisheries Minister deems that an additional 12-month extension is necessary.

As a result, Canada has the legal tools it needs to ensure critically depleted populations get the rebuilding plans needed to help return abundance to our oceans. The regulations also add new levels of transparency. The Fisheries Minister is now required to publish any decision to extend timelines to create rebuilding plans, as well as any decision not to set a timeline for meeting rebuilding objectives.

Those changes were urgently needed. Although the vast majority of stocks are now included in Integrated Fisheries Management Plans, stocks in the critical zone need rebuilding plans that provide a clear pathway back to abundance. However, only six of Canada’s 33 critically depleted stocks currently have such plans in place — and many of them are insufficient.

Clearly there is more work to do. All critical and cautious stocks should be listed under the regulations as soon as possible. At the same time, other policies committing Canada to the Precautionary Approach and the principles of ecosystem- based fisheries management — including the Fishery Monitoring Policy — need to be implemented swiftly.

Purpose: Provide a planning framework for the conservation and sustainable use of Canada’s fisheries, clearly outlining how a fishery will be managed over a given period.

Stocks in the critical zone with rebuilding plans in place (%)

As threats like climate change, overfishing, biodiversity loss and pollution accelerate, the need to rebuild depleted fish populations has never been more urgent.

Over the past six years of Fishery Audits, the federal government has made significant investments, enacted new policies and modernized Canada’s Fisheries Act to require rebuilding plans for critically depleted stocks. However, these important actions have yet to make a meaningful difference on the water. Most key indicators haven’t changed since 2017.

Today, one in five stocks continues to be critically depleted, and the majority of them lack rebuilding plans. Less than a third of stocks can be confidently considered healthy. And the health of more than one-third continues to be classified as “uncertain” due to a lack of reference points and stock status.

Most of the long-standing critically depleted stocks are found in Atlantic Canada. These include groundfish and flatfish, many of which have not recovered from widespread collapses in the 1990s. Moreover, none of the Atlantic forage fish stocks populations that serve as key linchpins in the ecosystem are considered healthy.

Alarmingly, there are no healthy shark or skate species anywhere in Canadian waters, and a growing number of invertebrate stocks — including economically important species such as snow crab and shrimp — are now classified in the critical or cautious zones.

There are some reasons for optimism. Bocaccio rockfish moved from the critical zone to the healthy zone. Meanwhile, DFO’s closures of depleted Atlantic mackerel and 4T spring herring fisheries are giving these crucial forage stocks a chance to rebuild. 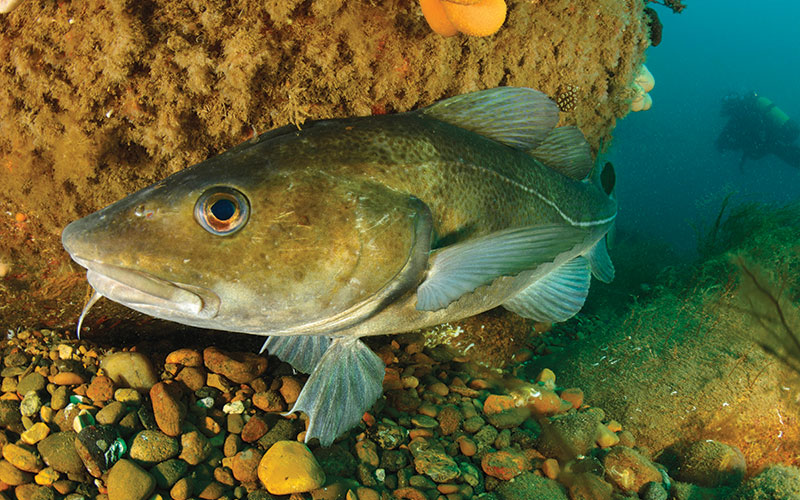 The biggest step forward was the release of new rebuilding regulations under the Fisheries Act in April 2022.

The first batch of stocks prescribed under the updated rules includes 30 major fish stocks, nearly half of which are in the critical zone. According to the regulations, DFO must develop rebuilding plans for these depleted stocks within 24 months, with the option to extend by another 12 months if deemed necessary. As a result, we can expect a big increase in the number of rebuilding plans over the next two years.

Canada now has the legislative, regulatory and policy framework in place to make real improvements for marine ecosystems and coastal communities — but only if those policies are implemented with the urgency required by the current state of wild fisheries.

That means completing high-quality rebuilding plans that include targets for stock rebuilding and timelines to achieve them, as well as what actions will be required and the methods to track progress. It means transparent decision-making that is consistent with growing stocks out of the critical zone while plans are in development and publishing plans on time. It means determining the health status of all stocks using the best available information. It means ensuring that all remaining depleted stocks are subject to the rebuilding regulations as soon as possible. And it means revising existing rebuilding plans to comply with the new Fisheries Act requirements.§, †

These actions will allow Canada to make significant progress toward rebuilding abundance in our oceans, putting us in line with other progressive fishing nations that follow globally accepted standards of fisheries management.