How Canada is failing its fisheries

It’s been five years since Oceana Canada published its first Fishery Audit — an annual assessment of how well Fisheries and Oceans Canada (DFO) is managing the country’s commercially important wild fish. Year after year, these assessments reveal a federal department that has come up short on implementing policy commitments.

The problem isn’t just a lack of government commitment or funding. Since 2017, we’ve seen greater transparency, substantial new investments in science, new national standards for monitoring and a modernized Fisheries Act that makes rebuilding depleted fisheries the law. So far, these investments have not yielded any measurable change in the health of wild fisheries. More problematically, they have not yet yielded major changes in the indicators of good fisheries management.

Year after year, Oceana Canada’s assessments reveal the government’s failure to significantly improve how Canada’s fisheries are managed. As a result, we haven’t seen measurable improvements in the health of wild fisheries.

Modernized laws, political commitments and much-needed investments are only as good as the government’s ability to successfully implement them, which, in the case of Canadian fisheries management has demonstrably fallen short over the past half-decade.

Nearly one in five stocks are still critically depleted — and more than 80 per cent of them lack rebuilding plans, which outline how and when a population will be brought back to healthy levels. Indeed, DFO has yet to publish most of the rebuilding plans it promised to have completed by now. Those that have been released lack crucial components, like targets for healthy population sizes and timelines for getting them there.

Two years after the Fisheries Act became law, the government has not created regulations specifying the requirements for rebuilding plans, and to which stocks they will apply. That means there is still no enforceable direction to rebuild depleted fisheries.

Meanwhile, the health status of a third of stocks remains uncertain, due to insufficient data. As a result, DFO is operating mostly in the dark when it makes critical decisions about these fish — like how much fishing to allow.

Data over the past five years also reveal declines in forage fish — which feed so many other species — putting entire ecosystems at risk.

Changing the trajectory of the health of Canada’s wild fish populations is more urgent than ever. Fisheries today face increasing pressure from climate change, pollution, habitat destruction and overfishing.

In the face of these major global threats, Canada must drastically increase its ambitions regarding implementing modern, proven fisheries management approaches – in most cases already included in DFO policy – to help make marine ecosystems as resilient as possible. There’s too much on the line for us not to.

Canada’s seafood feeds millions of people here and around the world. It’s fundamental to the culture and livelihoods of coastal Indigenous Peoples. And it’s the largest contributor to the country’s massive marine sector GDP, a renewable source of food and income that will play a key role in Canada’s pandemic recovery. Without thriving wild fish, there is no thriving ocean-based economy.

Canada has a once-in-a-generation opportunity to undo the damage of overfishing, restore abundance to our oceans and drive our post-pandemic economic recovery. But we can’t do it without action where it counts: on the water. 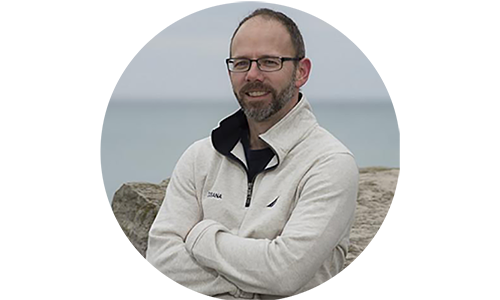